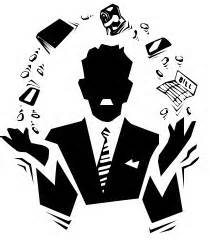 President Diane Caldwell used her President’s Message to speak on various aspects of social media. She reminded the gallery that the unofficial Facebook page and the Emerald Lakes Free Press are not sanctioned by the Emerald Lakes Board of Directors. Any complaints or calls for action should be made directly to management or the board. This can be accomplished several ways. Members may go to the official website at elainc.com and use the “Address the Board” form. They may also post on that site. They may go to the Admin Office on Wednesdays at 1:30pm (Walk-in Wednesday) to meet with On-site Manager Judy Kennedy or send a letter or email to her. Ms. Caldwell went on to caution members about what they post, not only because of any potential legal liability, but also because a careless or harsh post could be hurtful to others. She mentioned, too, that often information posted is inaccurate and put there by third parties who did not directly witness or participate in an event or occurrence they are describing. It was pointed out that this regular report is not to be taken as an official record of the meeting and that only official minutes could be taken that way. (This reporter concurs)

Treasurer Stefania Johnson began her report by saying she is reporting on the year-to-date, rather than monthly numbers. We currently have about $193K in operating funds. We have $413.8K in reserves and $93.4K in New Capital reserves. Dues collection at $1,174,480 ytd and is down by about $61.6K over the same period last year. Delinquency collections are $221K so far. As to the cost centers, Administration is approximately $56K over budget ytd, Maintenance is $37K over budget, Public Safety is $6.5K under budget and the Community Center is $2K under budget. The cost of operation for the bar and grill so far this year is $25.8K, most of the loss being in the grill operation.

During the Manager’s Report, Judy Kennedy touched on a number of topics. Among them, that the board was scheduled to meet with the association financial advisor that afternoon regarding parameters for the investment account. She also said that SOPs for Public Safety were completed. Maintenance and Community Center SOPs would be submitted to the board when completed. Personnel policy is currently being revised and will be given to the board when completed.

The manager also reported that our attorney is working on getting our deposit monies back from Button Oil and Propane since they have withdrawn from the CC HVAC upgrade project. She also said a temporary fix at cost of $4,900 would be put in place. To a later question from a member she said she hoped that this much would be done within approximately 30 days allowing the pool to be heated. Further contracts on work to complete the project have not been signed as of yet.

On road maintenance, Kennedy reported that potholes are being filled and signage restored. Road ban signs will be posted before a complete thaw, which will render the road beds vulnerable to collapse due to a soggy, unstable base. Vehicles over a specified tonnage will be banned from all paved roads.

An offer from a company called Aqua Right to host an informal session with members on water use and safety in drinking, cooking and bathing will be folded into a larger program to be organized by the Events Committee. A request by member Louise Leon to distribute materials supporting the Clymer Library was discussed. Later in the meeting the board approved the distribution in the community center. A request for a fund-raising event to benefit the library was put off for further review.

During Directors’ Comments, Buz Whelan said that the President’s Message was timely, and for him, personal. He said that as she cautioned that posts could come back to haunt you, that has happened to him. He said that he posted his disappointment in the quality of the food at a recent event, and that while he also praised the work of the Events Committee in that post, he now regretted his public candor. He said that he had an extended conversation with Events Committee member Betty Goodline who pointed out to him that his comments could be generalized by members as an overall dissatisfaction with the event and therefore could make promoting future events more difficult. He said he supports the work of the committee and recognizes the hard, unselfish work they do, often spending their own money to buy supplies. He quoted Director Bob Lauri who once said that the Community Center was the hub that gave us a sense of community rather than a being just bunch of people living in the same area. The Events Committee is the central agent in bringing people into the center. He also mentioned that in planning a future comedy show, he went to the Events Committee and they were most gracious in receiving him and offering assistance in promotion. Whelan summed up by saying he will be at the St. Patrick’s Day event on Saturday, March 18th and he hoped many members would join in the fun.

Ken Shuey, Maintenance Committee chairperson reminded management and the board that signs should be placed at all boat launch sites warning of the potential spread of invasive plant species if boats were moved from lake to lake without some cleansing. It was Ken’s question about what was being done in that area that prompted President Caldwell to inform him that a plan was in place and that normal lake maintenance and the removal of cabomba would only cost about $1,000 more than normal maintenance alone because Joe Gallagher had gotten a grant that would pay for the expensive chemical needed to eliminate the plant. Real Estate Chairperson Jake Bower said efforts are underway to encourage more rentals. New policy and procedures are in place and swipe cards for renters will soon be available. Rules and Regs Chairperson Bob Leon suggested that now that we have adopted the recommended changes a clearly defined and speedy process be developed for any future changes. He said that this would allow changes to be made quickly as the need is recognized. Speaking for the Events Committee, Jim Goodline enumerated scheduled upcoming events including Adult Bingo on Saturday night March 4th. He also reported that there would be a St. Patrick’s Day celebration on Saturday, March 18th, with a special menu serving at normal meal times and the Gallagher Dancers at 8pm. Breakfast with the Bunny will be on Saturday April 15th from 9 to 11am with the Easter Egg hunt scheduled for 10am. He also said that Comedy Night VII would be held May 6th with Buz Whelan hosting, Tommy Gooch returning and international and tv comic Maureen Langan headlining. More details as they become available.

Under Old Business, the board approved the update of the Committee Procedures Manual. They also approved the wording of the criteria for the Paul Capozolli Memorial Scholarship. The scholarship, in the amount of $200, will be awarded for five consecutive years to a graduating senior from Pocono Mountain West High School. The recipient must have an expectation of attending college and have performed some outstanding community service, for which Mr. Capozolli was known.

It was reported that the Emerald News will be an in-house project and the first issue is expected in late April. The 70 properties that were sent to the abstract company for research on their history (to determine if they are part of Emerald Lakes) have not yet been reported on. Judy Kennedy will follow up.

Under New Business the board has selected the William Owen Company as its new auditor. The board unanimously voted to approve a one-year contract. The lake management proposal was accepted and the Monarch butterfly project is moving forward and will not cost the association any money.

Editor’s Note: This article is a summary of the open meeting. It is not meant to be confused with the minutes, which are the official record. I take handwritten notes during the meeting and report what I think is the most significant information. I welcome any corrections or additions from principals who attended the meeting. Kathy Leslie-Whelan.