← Senior Corner – Safe Driving After 55
Ready for Some Shenanigans? →

A Turn in the Barrel

Combative. That’s the first word that comes to mind when I think back on the Town Hall Meeting of Saturday, August 11. The subject was by-laws, specifically a group of revisions and amendments intended to modernize and streamline our antiquated, cumbersome and even contradictive current document. You would have thought we were unveiling plans to load people onto freight cars and ship them to ‘resettlement’ camps. I can only hope that the attendees at the meeting are not a representative sample of those who will attend and vote at the Annual Meeting on the 25th. 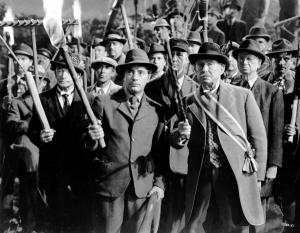 I’ve never quite come to grips with why people who attend our most important meetings, Town Hall, Special and Annual, are so angry with their elected officials and others who try to work to improve the community. If you’ve never been on the dais at one of these meetings, it may be difficult to grasp the depth of contempt and distrust attendees have for whoever is putting on the presentation. Many are repeaters, ones you can count on to raise the same standard objections at meeting after meeting. The best example would probably be David Pope. David’s complaint is always the same: you’re not prepared; you don’t have a plan. I wish I had a dollar for every time I’ve heard these same tired, clichéd rants. It’s all so disingenuous.

David was invited by me on no fewer than three occasions going back to February to help with the preparations. Evidently he had other priorities. Yet, there he was, fuming and fussing and saying that it was obvious we were unprepared. He went further. He went on about how we only had a financial plan, but no physical one. (I didn’t get it either.)

Now, David sits on the Finance and Planning Committee. He is well aware that we c

ommissioned a reserve study by the Kipcon Engineering Co. He is well aware that we on the committee agreed unanimously (see, that includes David) to wait for the final document from Kipcon to use as an important source document in the preparation of a comprehensive 5-year plan. To bluster on about there not being a plan in place was intellectually dishonest. But Mr. Pope has been at this for a very long time. I wrote about this very thing in my Sept. ’09 President’s Message. As a candidate running for the board in 1998, Mr. Pope wrote in the Emerald News that the most pressing problem facing the community was the lack of a long range plan. If elected, he would make it his number one priority to develop such a plan. And still we wait.

There seemed to be great confusion regarding the amendment that would allow some form of mail-in balloting. The major complaint was that it was not specific or detailed enough. But the purpose of the amendment was not to prescribe the precise manner of voting but rather to remove the argument that our by-laws forbid any form of mail or absentee voting. Once that hurdle is overcome, a

satisfactory method could be developed. To present a detailed plan is to invite those who may support the concept of non-attendee voting to object to a particular detail, thus making the passage of the amendment that much more difficult. The more the presenters tried to explain this, the angrier and louder the protests became. I can only hope that those who come to the Annual Meeting are a little more open-minded about this proposal.

Then there was the usual hand-wringing over the dastardly plot to tie Emerald Lakes finances to the area economy through a cost-of-living escalator. No one could claim the proposal wasn’t detailed. We would use Department of Labor/Bureau of Labor Statistics data, published online. Anyone could check it; there could be no fudging. We specified the quad-state (NY, NJ, Pa, Conn) Consumer Price Index (CPI) which is published monthly. We specified the figures presented for the previous calendar year, published mid-January would be our standard. We made it clear that the board could not, on its own, change this. We capped it at 4%. We explained that this would ensure that the purchasing power of our total income would remain constant, that it would greatly facilitate long-range planning, and that the ugly politics that characterize our dues increase meetings would be eliminated. It was all in vain.

One major objection was that dues amount was the only control the membership has on the board. But that’s just the problem, isn’t it? Time after time, people who have no idea how our association finances work get to decide how much we need to run this complex organization. They throw platitudes at the board saying, “Tighten your belts,” and, “Make the same sacrifices we have to make.” Silly stuff like that. They have no clue that for at least 10 years we’ve been existing on deferred maintenance, cancelled programs and scheduling cutbacks. There is no fat left in our budget. We are down to cutting meat and bone. But those who rail the loudest don’t know or understand this, so they cheer each other’s ignorance. So, little by little the community deteriorates, and with that go your property values.

I’ve worked, along with others, on the by-law revisions and amendments for 33 months. Everybody involved, at least in my judgment, wanted to do this for the betterment of our community. The response so far has been incredibly negative, as if those who protest believe there is true evil afoot. There was even a complaint that the amendments don’t appear until the end of the document, suggesting we are trying to hide them. Can you imagine? (Okay guys, let’s put them on the last page so no one sees them.) How absurd. Has any one of these folks ever read a constitution? First, you have a statement of purpose. Then you have the body of the constitution, how things are arranged and actions carried out. Lastly, you have the amendments. But don’t take my word for it; read the United States Constitution. Look for the amendments. There are 27 of them. And they come at the end.

← Senior Corner – Safe Driving After 55
Ready for Some Shenanigans? →