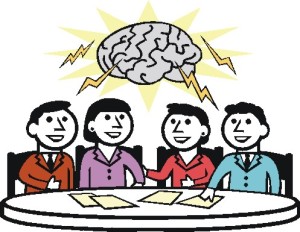 President Alex Leslie called the meeting to order at 9:34 am on a beautiful fall Saturday. He began the meeting by telling the room that this President’s Message would be different from the usual. He then went on to describe, in somewhat vague terms, emails that seemed intended to undermine the board in general and himself in specific. He spoke of accusations of employees with arrest records, messages that hinted or charged outright that he and the board were not doing their due diligence in checking applicants’ backgrounds. He insisted that all prospective full time hires are given the same standard check and that one employee who had been singled out in the aforementioned emails had an arrest record that was made up of traffic violations. He also cited a recent Liquor Control Board surprise visit and inspection in which the association was given a warning. The initial warning contained comments on smoking violations and ‘gambling’ (bingo) violations. After a subsequent check of the law as written it was determined that as a private club we were not in violation of either smoking or gambling violations, and only an opened bottle in a restricted location remained in the citation. In all probability there will be a follow-up re-inspection, which the President is confident we will pass. He will be speaking with the association attorney on the matter.

As he concluded his remarks, the president expressed his belief that the emails indicated a lack of support for his leadership. He pointed out how easily he could be replaced and then, as chair, called for a motion to that effect. None was made.

Treasurer Earl Frank reported that aside from the Emerald Bar & Grill, we are currently under budget in all departments by the amount of $61,000. He said that the Bar & Grill have lost $12,000 in the first 4 months of the fiscal year. Some of this can be explained by overstocking caused by overly optimistic business projections. He also said that collections of delinquencies are far ahead of last year and if they remain on track we will collect over $100,000 more than fiscal year 2012/2013.

During the Committee Reports, Finance and Planning Committee liaison Frank relayed a number of recommendations from that committee. Chief among these was a declaration by the committee that a dues increase was not needed and that the committee would not participate in the upcoming Town Hall Meeting. The committee also reminded the board of their previous recommendation that swipe fees be charged to those members using credit cards to pay their dues, since the association receives a charge back commonly referred to as the discount. The swipe fees would compensate for that. The committee also reminded that they had recommended all late fees be raised from the current 10% to 15%, the maximum allowed by law. Of the more controversial recommendations were those involving the Community Center. One recommendation was that the center be closed for approximately 5 years with the money saved put into a building fund for a new state-of-the-art building, perhaps combining activity, meeting and administration venues. Another was to close the bar and grill or just the grill. Still another was to close the center for a year and use that savings to do necessary improvements.

Events Committee chair Stefania Johnson reported that the “Dancing with the Stars” event brought in $700 in revenue. Maintenance Committee Chair Bob Leon spoke of the committee’s task of ranking the major projects facing the association by priority. He also requested that the committee name be changed to the Property Management Committee with the committee assuming the responsibilities of the defunct Architectural Review Committee and the ad hoc Energy Conservation Committee. CrimeWatch chair Cookie Litwienski called for volunteers saying she was down to a committee of one.

Under Old Business the board passed a resolution filling the vacancy of resigned Director Joe Miller with the Annual Meeting’s first runner-up Margaret Fitzgerald. A resolution awarding the 2013/2014 paving contract to winning bidder Wayco was also passed. Wayco’s low bid was for $212,220.13 for road paving and $63,811.71 for the compactor area. The four road areas are Clover between Clearview and Sullivan Trail, Clearview from Clearview (no, that’s not a typo) to Clover, Glade from Roads End to Bull Run and the Glade/Ivy intersection.

Secretary Carmen Broadnax reported on a project to identify all Clause 15 properties and determine their status relative to the association. According to Broadnax, the deed covenants of these properties ran out in June of 1987. Ms. Broadnax explained that this is a slow, tedious process involving a great deal of research, including trips to the county recorder.

A reserve spending plan will be prepared when feedback from the F&P and Maintenance Committees on major project costs and priorities is received.

Under New Business the board passed goals and objectives for the standing committees and the ad hoc bylaws committee. Rules and Regulations were charged with eliminating redundancies and ensuring our regs are in harmony with the townships. Events was charged with producing a 2014/2015 annual schedule of events by early February so that the expected costs could be included in the budget. Maintenance and Finance and Planning were both charged with reviewing the latest reserve study and prioritizing projects using that as a guide. Bylaws was charged with producing a workable absentee ballot process. The board also approved new committee chairs, including Stefania Johnson for Events, Bob Leon for Maintenance, and Mark Davis for Real Estate. The Finance and Planning and Bylaws committees have not yet selected new chairs.

After public comments the meeting was adjourned.