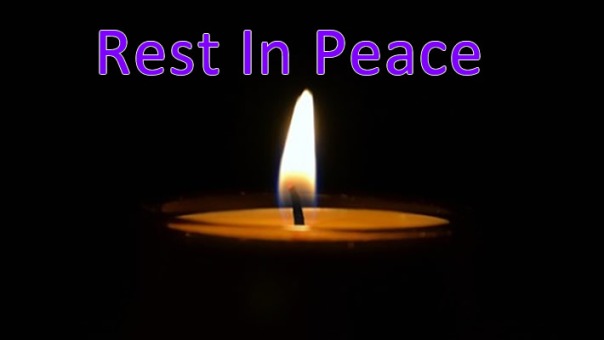 When Board President Diane Caldwell called me with the sad news of Mike Gruber’s passing I was stunned. It was Friday morning, January 5th. Mike had died just a few hours earlier. Knowing I had been friendly with Mike, Ms. Caldwell decided to inform me personally, and I appreciate the gesture, sorrowful  that the message was.

On the professional side, Mike was hired on Nov. 14, 1995. It was a reorganization of sorts, bringing Emerald Lakes accounting from an outside bookkeeping contract to in-house control . Mike held a B.Sc. in Accounting from Brooklyn College. He brought with him 14 years of accounting experience, including positions with various companies in New York and Pennsylvania. He was the accountant for Buck Hill Falls Community in the 5 1/2 years prior to coming to Emerald Lakes.

Mike was charged with organizing the accounting operation by the association board, led by then-President Flo Mauri. He was tasked with developing financial statements and analytical reports that would assist the board in operating more efficiently in the financial realm. He succeeded brilliantly creating clear reports that reflect the month to month financial status of the association, as well as annual reports that ensure accurate budgetary operation. In his 22 plus years here he passed 22 annual audits by 3 separate auditing firms. In comments included in the audit reports, his accuracy in recording our finances and assisting the auditor in the preparation of the report drew praise from auditor after auditor, year after year. Emerald Lakes has lost a valuable asset with his passing.

On the personal side, I considered Mike a friend. It’s not that we socialized outside EL. But we shared some interests and found many of the same things funny. What began as a straightforward professional association eventually became one of collegiality and affection.

I knew Mike from my work as editor of the Emerald News beginning in the spring of ’05. I occasionally needed information from him for an article. But when I had to assume the duties of treasurer due to the sudden illness of the previous treasurer, our association became much closer and more frequent. The first thing I did was sit down with Mike for a tutorial. He patiently walked me through our financial procedures over one March ’08 afternoon. It took about three hours to get the details through my thick head. My questions must have seemed incredibly naive, but he never once showed impatience or disdain. And during that period and times soon after I learned that we were both Yankee and football Giants fans. We celebrated together and agonized together over the following years depending on whether our teams were playing well or not.

Mike was amused by my daily FB posts on my timeline. Turns out our senses of humor and irony meshed. I’ll miss his comments and suggestions about those posts. But Mike had one flaw: he was a conservative Republican while I am a liberal Democrat. Okay, maybe it wasn’t really a flaw, but I loved to needle him, and he gave back as good as he got. I’ll miss those conversations as well.

Now, at what seems to me to be the young age of 59, Mike is gone. His financial acumen, his diligence, his experience over 22 years here are lost. That’s a blow to the Emerald Lakes operation. But to me, it’s the loss of a friend. Good bye, Mike. I won’t forget you.

Posted on January 8, 2018, in Uncategorized. Bookmark the permalink. Leave a comment.