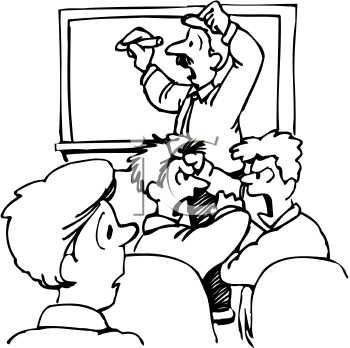 About 30 members and 5 directors attended a meeting held to consider the preliminary budget for the 2018-2019 fiscal year.  A dues increase of $200 per annum was proposed as part of the budget package.

Presenter General Manager Laura Jones said that the dues increase was needed in order to maintain services as they currently are.  Should the membership reject the dues increase, Jones feels it would be necessary to close the community center which would include the bar and grill, indoor pool, exercise and meeting rooms and bingo.  She further recommends that the compactor be closed as well.  These closures would be subject to board approval.

Speaking on the details of the dues increase, Ms. Jones said that members who pay by cash or check by April 30th would receive a $50 discount.  Those who pay by credit card would pay the full $1,200.  For those unable to pay the full amount by the due date, a six month pay plan would be available.  The fees and interest associated with the payment plan would bring the total obligation to $1,550.  Several members present objected strenuously to the short notice of the payment option changes, leaving them unprepared to pay the full amount.

While agreeing that a dues increase is overdue, several members of the Finance and Planning (F&P) Committee disagreed with the necessity to close facilities if the increase is rejected.  F&P chair, Earl Frank prefaced his remarks by stating he believes a dues increase is needed.  He went on to say that should the membership refuse the increase it would not be necessary to close either the community center or the compactors. He said that savings could be found in a number of areas, citing delinquency collections, legal fees, maintenance payroll and the grill, which he said is hemorrhaging money.  He said it all adds up to around $350K.  Buz Whelan agreed with Frank saying that changing from a successful collector who averaged approximately $265K/yr for the last three years to a system involving in-house collections and a collection agency increased costs while reducing projected income.  He further said that switching to an attorney who charged far more than our previous attorney and one who we quit in the ’90s because he was too expensive was wasteful.  He also said that the grill, budgeted to lose almost $60K, was an unnecessary ‘want’ rather than a need.

When member Bridgitte Hoff asked if quarterly payments would be continued, Jones rolled out the proposed payment plan that would replace the quarterlies.  The total price of $1,550 drew angry responses from all corners of the room.

During her presentation, Ms. Jones spoke in the first person singular, telling the room what she was going to change, what she would close if the increase failed and so on.  At one point, member Buz Whelan emphasized that the bylaws give the board dominion over all amenities, facilities and services, and that a legal opinion to that effect was obtained in 2010.  Ms. Jones could recommend, but only the board could act on these proposals.

Posted on February 18, 2018, in Uncategorized. Bookmark the permalink. 1 Comment.