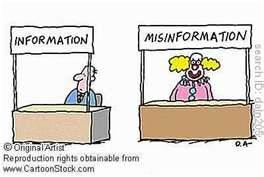 So there they were. Joe Olall, David Pope, and Renae Skubish, along with their candidate Donald Glasgow, forming their usual gauntlet of outrage. And there were the handouts screaming about the latest horrible and extreme changes about to be foisted on an innocent, unsuspecting membership. Ah, but luckily these saviors of the status quo were there to sound the alarm. “Old is good, new is bad,” they verily chanted to those arriving at the school entrance. Thinking is dangerous to these folks; misinformation is the weapon of choice to protect voters from anything that might move the association forward. And when they aren’t peddling misinformation, they promote absurd points of view. Here’s an example of their way of thinking: their tract states in boldface that they are particularly excised over the wording that would change the requirements for removal of a director from “with or without cause” to “for malfeasance, misfeasance and nonfeasance…” They correctly point out that under the existing bylaws the burden is on the director to show why he/she should not be removed. In other words, a director is guilty until proven innocent. It’s an interesting concept. Hey, it works for China and North Korea. Why not Emerald Lakes? The whole concept of American justice is based on the principal of innocent until proven guilty. Maybe these folks would like to change that, too.

Incredibly, new lows were reached. Normally we have to get to the substance of debate, say a dues increase, before the fighting begins. But here we were, listening to the instructions for voting when up to the microphone marches Renae Skubish to protest. Yes, protest. She didn’t like the instructions, specifically regarding the necessity to place votes for candidates in one box and votes on bylaw revisions in another. Ever slow to grasp even the simplest reality, she wanted to be able to put votes wherever she pleased and she made a motion to that effect. Evidently, keeping votes separate because they would go to two separate counting rooms and because mixing them would only add a step of separating them immediately after the voting, and further because this process would create more opportunities for error was all too complicated for poor Renae to process. So she made her out-of-order motion to change the process to one she could more easily understand. You cannot make this stuff up. 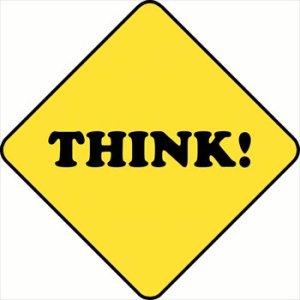 Later, when the floor was opened to comments on the revisions and amendments this same person came forward to point out if the Consumer Price Index reached the maximum cap or beyond every year for the next twenty it would cost over $10,000 per property. This is about as realistic as saying if it rains every day for the next year, the dams won’t hold and we’ll all be flooded out. Hey, it could happen, right? Considering that we haven’t hit a 4% CPI even once in the last 10 years, it’s more than a bit of a stretch to suppose we’ll do so every one of the next 20. Yet here come the cheers from the slow learner section, all pumped up over this ‘clever’ observation. Whew. What a close call. We almost lost the opportunities to have vicious debates between association leaders who recognize a need for a dues increase and members who have never so much as glanced at an association budget. Thanks, Dave. Thanks, Joe. Thanks, Renae. All credit to you.

Virtually every claim made in this absurd document – the one they were handing out at the entrance to the meeting place – is based on a misunderstanding of the language used in the revision documents, or worse, on deliberate distortion. Beyond that, it is a cowardly attempt at manipulating the voters. For the entire time of its existence, since November of 2009, the Committee to Revise the Bylaws has been completely transparent. They have reported their progress at almost every single monthly open meeting since then. They have taken on additional volunteers. They have had public debates. Yet these pusillanimous disrupters have made no objections at times when they could have been debated. They waited until the Annual Meeting to put out their lies and distortions when time for debate would be past. As long as this small band of malcontents can manage to influence like-minded or low information voters, Emerald Lakes will be held back by its archaic bylaws. Thank you, Dave. Thank you, Joe. Thank you, Renae.