Meet the Candidates 2013: A New Format

As it began at about 9:40am on Saturday, August 3, 2013 in the bingo room of the Community Center the room was filled with eager candidates and members who came to hear what they had to say. And, whether it was the fatigue caused by time, or a somewhat confusing format, by the time it came to a tired end there were 6 spectators left. I was one of them.

a crack at it, questions were asked of a specific candidate and after the answer a different question was asked of the next candidate. Eventually the questions were recycled and a different candidate was given the earlier question. By the time we entered the third hour of the session, candidates had to repeatedly remind the moderator that they were being given a question they had previously answered. A number of questions were never answered by several of the candidates, apparently due to this selection method.

as her two top priorities, should she be returned to the board. She also said that in order to build community spirit we should have more events. She failed to offer any ideas on how these additions to the budget would be funded. Increasing security to 168 hours a week would require at least 4 full time employees and possibly at least one part timer to supplement in the event of sickness or vacation. Where would the $100,000 plus come from? Asked about her position on absentee balloting, Ms. Bishop dodged the question saying that this was a matter being considered by the Bylaws Committee. Asked to give her opinion on the association’s management hierarchy she was unclear, putting several different entities (the board, the GM) on the same plane. She also gave a confusing answer to a question about how she would respond if confronted with a situation to which she had no prior experience or knowledge. She seemed to be answering a question about conflict resolution, saying she would ask each side for their version of the facts and go from there.

Margaret Fitzgerald pointed to the need to improve communication as a priority, saying that we, as a community, engage in excessive

rumor-mongering, and that the website and paper should be used to give clear and complete information on current events. This contrasted with Bishop’s position that the Emerald News and website should carry only good news and that all negativity be suppressed. Ms. Fitzgerald also felt that paving the compactor area should be done forthwith, and revealed that this is already being recommended favorably by the Maintenance Committee, the General Manager and the rest of the board. On volunteerism, she said that this makes the community strong and has the secondary benefit of bringing people together in forging friendships. When asked if there was wasteful spending she would cut, she answered that she knows of no wasteful spending and if she did, she would already be working to eliminate it. But she went on to say that there are differences in perspective and that it is always possible to rethink choices and shift priorities.

Sherri Ornitz pointed to her employment background in team building and supervising the execution of contracts and projects. She 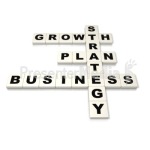 said that we should be preparing for long term goals rather than the short term planning and reacting that characterizes, in her opinion, current operations. She also cautioned, in response to a question on cutting full time employees, that she does not believe that could be done and still maintain the current level of services. One of her ‘pet peeves’, as she put it, is the association’s failure to develop alternate revenue streams, especially ones that may be considered non-traditional.

Connie Simpson began by reading a long introductory statement regarding her priorities and plans should she win election. Among many proposals was one to maintain or return foreclosed properties to the same standards of good repair and grooming as occupied homes. She also spoke of acquiring abandoned properties and utilizing them for meetings, events (private or open) and other association purposes, thus relieving strain on the Community Center. She emphasized the value of long term employees and the importance of treating them with respect. She proposed that just as we dedicate a portion of our annual revenue to road maintenance and reserves, a portion should be put into capital reserves with the intention of developing a plan to pave all unpaved roads. She also offered some specific advice on handling any repair contracts, including ensuring the association go with the best bid on projects, securing warranties on work and setting and sticking to cost overrun limits. When questioned on the recent decision

to purchase a Ford Explorer as the new security vehicle, she said that a number of similar organizations (which she cited) used the less expensive Escape model, but she was also the only responder to suggest that other nameplates including GM, Chrysler and even foreign manufacturers such a Subaru should have been researched.

June Solla gave the most comprehensive answer on long term road maintenance. She cited the recent Maintenance Committee recommendation that we cut this year’s repaving to only the most severe sections, putting extra money into doing a complete drainage overha 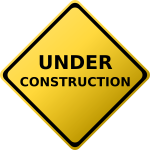 ul. This would begin the process of upgrading all road drainage to the highest standards. In the next few years, all roads would be brought to this standard, rather than the endless patch and repatch that we are currently doing. By starting with the fundamentals of road building we will eventually be able to have roads that would need far less patching, and could last as long as ten years before repaving was necessary. Asked to name her three most important issues, she cited finances, security and amenities. She said that realistically, a dues increase was in the future. She said security needed to be increased and that our aging amenities need repairs sooner rather than later because the longer we wait the more difficult and expensive those repairs would be. Asked about leadership she pointed to 12 years in the military and her organizing skills in planning and executing events here and chairing several committees.

By the end of the third hourly installment, fatigue had reduced the gallery to six members. The energy of the candidates, however, never appeared to flag. The takeaway seemed to be that if you are happy with the current board, Millie Bishop should be your number one choice. She has been instrumental, as she pointed out, in much of the board’s actions this year. All the other candidates, including current board member Margaret Fitzgerald, offered criticism of recent actions and pledged to change the way the board does business in the future. Margaret, speaking for a minority on the board, pointed out that she feels there are too many Executive Sessions (read ‘secret meetings’) and that she voted against the purchase of the new vehicle. The three new office seekers all agreed that transparency in doing business was important to build trust with the membership.

And here’s a final side note. An announcement was made at the beginning of the session to the effect that one or more of the candidates had been given advance access to the prepared questions, giving them unfair advantage. Therefore, all previously prepared questions were eliminated and spectators were asked to submit, on supplied note cards, questions they wanted asked. The questions obtained thusly turned out to be excellent. But for some reason, the General Manager was asked to screen the questions for duplicates. A 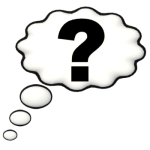 submitted question that asked whether employees or members should control association communications (i.e., the website and Emerald News currently controlled by the GM) was never asked. This presents an amusing irony: did the GM, who controls our communications, ‘control’ the question regarding his control? Food for thought.