“I Abstain!” Is It Shirking Responsibility? 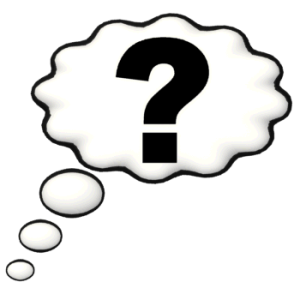 There are occasions when a vote of abstention is appropriate and even mandatory. When minutes of a previous meeting are put up for approval, for example, a member who did not attend that meeting must abstain. When a complicated piece of business has been examined and discussed while a member is ill, that member may not feel qualified to vote in judgment. But when a vote to abstain is cast simply because the voting member does not wish to take a public stand, that is failing to perform one’s duty.

At the July 21, 2013 meeting of the Finance and Planning Committee a discussion centered on the cost of credit card discounting to the association. Whenever a credit card is used in a transaction there is a discount fee which varies with the card and the merchant’s agreement with the clearing house. If you paid your annual dues with a credit card and the discount rate for that card was 3.5%, the association would receive only $965 rather than the full $1,000. At this meeting it was agreed by the committee members to pass a recommendation to the board that whenever a credit card is used to pay dues, the cost of the transaction should be borne by the payer. General Manager Allan Roth was present at the meeting and soon after began seeking a vendor who would cooperate in the charge back. Eventually, he found several and prepared a packet of detailed information along with a recommendation that the company best suited to association needs was Paylease.

Approximately one week before the October 18th board work session, the packets of information were distributed to each director’s mailbox so that they would have time to prepare for the discussion and have any questions ready for the GM to answer. At that meeting, Mr. Roth made a comprehensive presentation, explaining how the new system would work and why he felt Paylease was our best choice. At the conclusion of his presentation a discussion period ensued, with the GM answering all the directors’ questions and concerns. When no further questions were forthcoming, it was decided that a resolution would be prepared for a vote at the next weekend’s open meeting. The meeting then moved on to the next topic.

The following day, Saturday, October 19th the Finance and Planning Committee met in the same conference room. Present as observers were several board members including President Alex Leslie and Directors June Solla and Margaret Fitzgerald. By sheer coincidence, committee member  Walter O’Neill asked the GM what had become of the credit card recommendation. Mr. Roth repeated his presentation from the day before for the benefit of the committee members. He again took questions and, as at the previous day’s meeting, the topic was exhausted and the meeting moved on.

We now come to the October 26th open meeting. Secretary Carmen Broadnax reads the resolution regarding the new credit card policy, the chair gets a second and a vote is called. Earl Frank, Millie Bishop, Carmen Broadnax and Dan Glasgow vote in the affirmative. It is now Director Margaret Fitzgerald’s turn. She says she is abstaining because she does not have enough information. The chair calls on Director June Solla who says she is abstaining for the same reason as Ms. Fitzgerald.

To recap, a packet of information has been given to each of these directors. They attended two successive meeting in which the change was discussed in detail. They knew the vote was coming and had a week to seek out any additional information they felt they needed. And they abstained.

The very next vote was to endorse a change order in the amount of $11,000 for additional work needed to resolve foundational problems discovered during road paving. Again, this issue had been previously discussed, again the vote was scheduled a week in advance and again both Ms. Fitzgerald and Ms. Solla abstained.

This is an opinion piece. It is labeled as such, and it is my opinion that these directors have failed to perform their duty. Perhaps they have an explanation that I have yet to fathom. But when detailed information is provided and sufficient time elapses without any effort to obtain whatever clarification the directors feel they need, then they are not acting responsibly.

We elect directors to make decisions. That’s what they are supposed to do. It is their main job. Anyone can make the easy decisions that have little effect on the way the association does business. It is when difficult decisions on complex issues must be made that we separate the strong performers from the weak ones. Here are two examples of very weak performance.